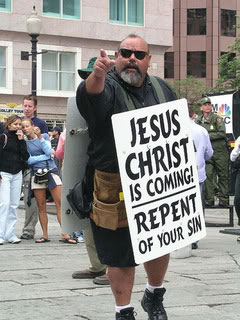 My friend David Fitch just wrote a lucid examination of why the traditional “You must admit you are a sinner in need of God!” evangelism strategy doesn’t work in the cultures of post-Christendom. I recommend you go read the entire post, even though he uses the word “paradigmatic.” He argues that Christians need to be taught at least three things about how to bring people toward Christ in these new cultures:

Sometimes people get nervous when I say we need to re-think evangelism for post-Christendom cultures, but, like Fitch, I am in no way proposing we ditch the doctrine of sin, just the way we have been formulating and talking about it.