I‘ve been reading through Acts this month, and I find I always see something new and fascinating as I read through the journeys of the apostle Paul and his companions.

Here’s what’s interesting to me lately: whenever the going gets tough, they don’t do the things I would expect. They don’t “stick it out” and persevere. Instead, they seem to simply try something else.

At every step along the way, he doesn’t seem to spend very long doing something that isn’t bearing much fruit. He just doesn’t get that stubborn about strategy. Strategy and tactics aren’t precious to him. He’s very pragmatic about it. He seems to be look for what’s working.

It’s more than that, though. He’s not really looking for what is working as much as he’s watching for Who is working. He’s looking for evidence of the Spirit’s work as he preaches the gospel. When he sees it, he stays and continues to work. When he doesn’t see it, he moves on to a new city (or next door!).

[tweet “Paul doesn’t think too hard about strategy. Instead he looks for the work of the Spirit.”]

Forget about strategy (sort of)

Sometimes I get paralyzed by a strategy question. I’m not sure which is the right strategy. I’m not sure I’ve calculated all the variables. I feel like I’m locked in for five years if I start (so I’d better get it right). So… I just sit there and cogitate and stew. Can I get a witness?

Instead of worrying about picking the perfect strategy, I have to remember to adopt Paul’s strategy: just watch for evidence of the Spirit’s work and follow it.

Watch for the wake of God’s grace moving out in front of you, and just stay in it.

How to stay in the wake of God’s grace

“Staying in the wake of God’s grace” sounds nice, but how do you do it?

God’s grace is God’s empowering presence, accomplishing what I could never hope to accomplish myself.

People who get to the end of their rope have to either quit or start relying on God to do things they can’t do.

[tweet “People who get to the end of their rope have to start relying on God to do things they can’t do.”]

So “staying in the wake of God’s grace” means we watch for results and outcomes that cannot be attributed to our human abilities. Things that happen that are clearly God working alongside you to bring about results you cannot bring about through your own brilliant ideas or articulate speech or meticulous control.

When the going gets tough, watch for the Spirit 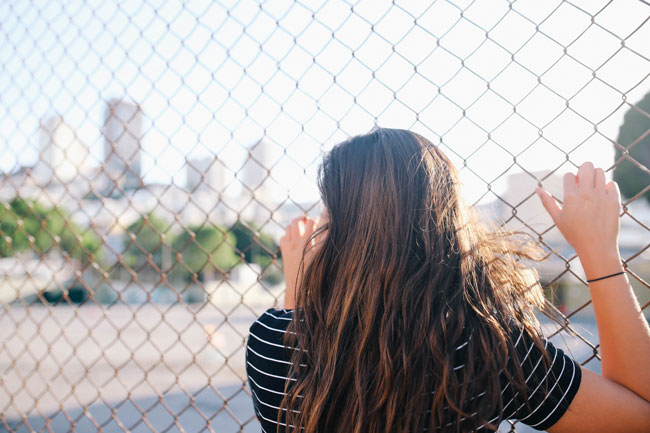 This is what Paul seemed to always be looking for: results that indicated the Spirit of God was clearly at work.

When the going gets tough, it doesn’t necessarily mean the Spirit is not at work. Sometimes there are seasons to persevere and stick with it.

But when the going gets tough, when the fruit is not forthcoming, it probably is time to take stock and test your ministry with this question: what is the Spirit doing right now? If there is little response, little fruit, little faith… well, then maybe it’s time to shake the dust off your feet and try something new.

It worked for Paul, after all. Maybe it will work for you?