Ministry is nothing more and nothing less than joining in God’s continued action in the world.

That’s a quote from Andrew Root’s phenomenal book The Relational Pastor, and when I put it on Twitter a few weeks ago, I was surprised by how enthusiastically it was retweeted.

I like it as a definition of ministry because it resonates strongly with my own experience and theology of ministry. The implications of really believing and practicing this are staggering. It has completely changed the way I think of and practice ministry (for the better).

That’s what ministry is all about, but it’s a sentence packed so full of paradigm-shifting truth that it might be worth taking some time to unpack what it means.

So let’s unpack this a bit, using three axioms to dig into the idea.

Ministry is about God’s action before it’s about ours

I used to think of ministry as the stuff I could do that would help people get closer to God. Do you think about it that way?

I thought that ministry was basically about what I could do for God. I employed my natural abilities and talents in his service, in the hopes that my efforts would save a few people or help them in some way.

Ministry was all about my action, my efforts, and what those things could produce.

But I started noticing that this wasn’t the starting point for Jesus’ ministry (or the early church’s).

The secret of Jesus’ effectiveness was NOT that he was the most naturally talented human ever born. The secret of his ministry was that his starting point wasn’t what he could do, but rather what his Father was already doing.

“My Father is always at his work to this very day…” he told some leaders who were offended by him.

The early church wasn’t necessarily filled with the best and brightest of humanity. Paul wrote to the church in Corinth, “Not many of you were wise by human standards; not many were influential; not many were of noble birth. But God chose the foolish things of the world to shame the wise.”

That’s us! The “foolish things” of the world. Just normal human beings. God doesn’t need amazingly talented people on his side. He doesn’t shout “SCORE!” when a celebrity confesses faith in Jesus.

God isn’t standing in heaven, tapping his foot impatiently, waiting for you to start things or get talented people to do ministry.

God is always working! Wherever you go, whether you realize it or not, God is already at work, and has been for some time.

[tweet “Wherever you go, whether you realize it or not, God is already at work, and has been for some time.”]

Ministry is about God’s action in the world, not ours, and therefore…

Ministry is joining WITH God, not doing FOR God 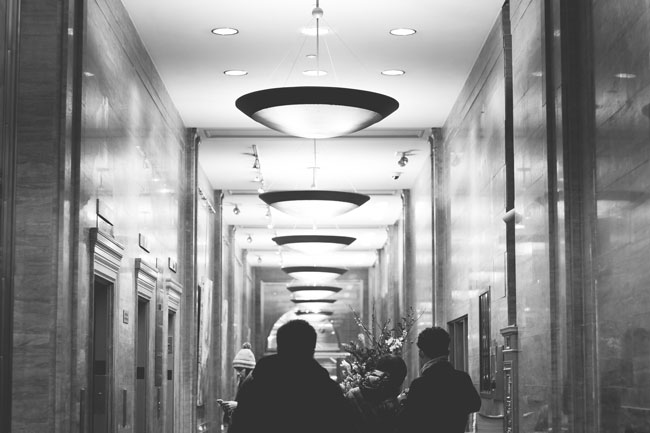 This axiom flows from the first – if ministry is about God’s action before ours, then our posture must always be that we are joining in with something that has already been taking place before we got there.

This means that ministry is something we do with God, not for God.

[tweet “Ministry is something we do WITH God, not FOR God.”]

That distinction is SO important! Changing that little preposition makes all the difference in the world in our ministries.

Your first task in a new ministry situation is ALWAYS (every single time) to simply pay attention and ask God to show you what he is up to.

Again, this was the secret to Jesus’ ministry. Right after he told the leaders his Father was always at work, he said, “The Son can do nothing by himself; he can do only what he sees his Father doing.”

Ministry is about joining with God in what he is already doing. This means ministry starts with listening and prayer, rather than with great ideas and action.

Of course, we have a part to play. God invites us to participate with him. He adopts us into his family and he gives us authority to carry out “family business.”

But the way we carry out the family business is by first noticing what God is up to in any situation, and joining him in a way that’s coherent with his kingdom.

And, in the end, God does the heavy lifting. Which means the end result of our ministry is always more than we could have done by ourselves.

You know you’re learning how to do this when your actions produce more than can be accounted for by your skills and abilities alone.

It’s happening when the result of the equation is more than the sum of its parts.

It’s happening when you see things that could not happen unless God’s power was at work.

Ministry is joyous and surprising, not dreary and mundane

Maybe this is an unexpected final axiom, but I have found the result of viewing and practicing ministry in this way has been joy and surprise.

Ministry used to feel like a bit of a drag to me. There were moments of joy and beauty, but most of the time I felt tired and stupid, because I was working hard and not producing much.

If ministry is about my efforts, what I can accomplish in my own strength, then it will be a dreary and thankless task.

But if ministry is about joining with God’s continuing action in the world, the pressure is off!

[tweet “If ministry is about joining with God’s continuing action in the world, the pressure is off!”]

It’s not up to me to make something happen. Failure isn’t devastating. I can relax in the wisdom and sovereignty of God and be curious about what he’s up to.

Which brings a deep and lasting joy to ministry. I simply rest in my identity in Christ and joyfully surrender to whatever he’s doing.

That’s what I mean when I affirm that “Ministry is nothing more and nothing less than joining in God’s continued action in the world.”

Thanks, Andrew, for articulating that so well for us! May you practice this kind of ministry this week, and be filled with joy and surprise as you do so!