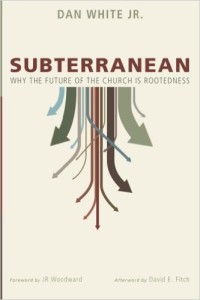 Extraction, fracking, and the Dark Crystal

I agreed to be part of this blog tour because Dan is a friend and I respect him a lot, but he really sealed the deal when he used a Dark Crystal reference at the beginning of chapter 3! Really loved that movie as a kid.

In the movie, the Skeksis are a predatory race of creatures (dragon-bird-reptiles) who are slowly dying, and the way they keep themselves alive is to extract life essence out of another race of creatures called Podlings (cute-child-things), whom they keep in kind of a near-death state.

He compares this to fracking, the process of extracting gas from the earth by pumping thousands of gallons of water, sand, and chemicals into the earth to fracture the rock that holds the gas.

The point is that every process of extraction yields some gain, but also brings with it negative side effects that oftentimes, on balance, outweigh the gains.

Information addiction in the church

So what does this have to do with the church? Quite a lot, in fact. In her effort to grow and learn and disciple and teach (good goals!), Dan states that the church has sought to make this as efficient as possible, thinking that it can extract the information from the process of immersion in real-life practices, and still yield transformative results.

In other words, our go-to strategy for change has been to get better information. It’s the Bigger/Faster/Stronger approach to discipleship.

I resonated with this story Dan told:

I can’t tell you how many times I’ve listened to a sermon, taken furious notes, walked away feeling utterly wowed by the communicator, and never assimilated what I heard into practice. I’ve been tempted to find a ripe time to opine on that information to someone else, as if I’d integrated it into my life.

It has been difficult for me to break this habit, too. It’s easy to imbibe great content from brilliant communicators and think that the point is simply being able to regurgitate it to someone else. People actually feel a certain kind of “high” when they hear new information, so it’s easy to feel like we are really learning something, when in fact we have completely bypassed our actual lives!

So the main problem with the church’s extraction of information from immersion is that it doesn’t work.

While it appears to produce something (a sermon, a book, a curriculum), information that is extracted from immersive practice will never be enough to transform people. It satisfies our short-term desire to quell our ignorance, but information alone will never satisfy our long-term need to be immersed in practicing our faith together with others.

One reason it’s so easy to fall into the trap of merely collecting and categorizing information is that it is so much cleaner than living it out in community. Practice is messy because it means we have to embrace being beginners instead of experts.

We have to fail to learn, and this feels embarrassing when we could just be pontificating about what we “know.” It’s humbling and frustrating to fail, especially in front of people who are following you.

But it’s absolutely necessary if we want to see the kingdom of God spring up in our neighborhoods. Rooted practice is the soil in which God’s kingdom grows, and Dan’s book is a great guide to help us toward that.

The meat is on the street

This chapter ends by calling us to integrate information into practice in immersive spaces with relational intertwinement. To make sure our bodies get involved in the learning. To resist the temptation to think we’ve really learned anything when we haven’t embodied it yet.

I was reminded of an old phrase from John Wimber. When he heard the typical church member complaint of needing more “meat” from God’s word, John would reply, “The meat is on the street.”

Pick up your copy of Subterranean, and use the code ROOTED to get 40% off! (That’s a lot of percent off.) 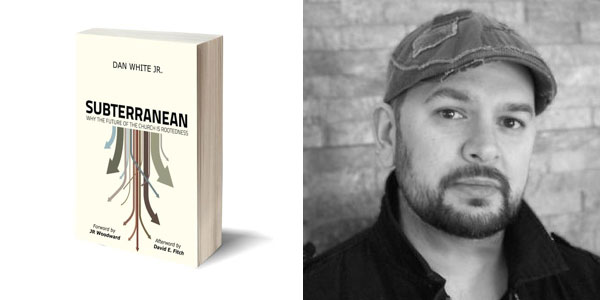