I’ve said that the biblical idea of righteousness isn’t so much about moral performance for God as it is mutual participation with God.

Becoming “holy,” then has nothing to do with gritting our teeth and squeezing out some good deeds. No, holiness has to do with increasingly merging our life with the “flow” of God’s life.

We do this now, in the present, as we become aware of the ways we are living cut off from the Spirit.

Just as “righteousness” is about participation, so is salvation.

This cuts against the grain of our inhereted assumptions, doesn’t it? I think most of us tend to think of salvation as a contract for entry into heaven.

We fulfill some stipulations (confess you’re a sinner, trust in Christ for forgiveness) and expect God to come through on his promise (I’ll let you into heaven). Sign on the dotted line and you’ve “received” salvation (payable upon death).

Then what? Essentially we’re stuck in a holding pattern until we die, right? Just try not to violate the terms of your contract before you can use it. It’s essentially insurance against calamity.

But “insurance contract salvation” doesn’t really do justice to the way the New Testament talks about it.

I could go on. According to the New Testament, being “in Christ” is not just having your name on the list. It’s a present experience of God’s power flowing into and through you. It brings about a new reality in your life right now.

[tweet “Salvation is a present experience of God’s power flowing into and through you.”]

This is salvation as participation. We actually “participate in the divine nature” (2 Pet 1:4), as incredible as that seems.

We participate in our salvation day-by-day, rather than just “receive” it as a future promise to look forward to.

Salvation isn’t an insurance contract, it’s an ongoing, immersive, relational encounter with God. Salvation is a relational covenant that starts now, not a requisite contract for later. 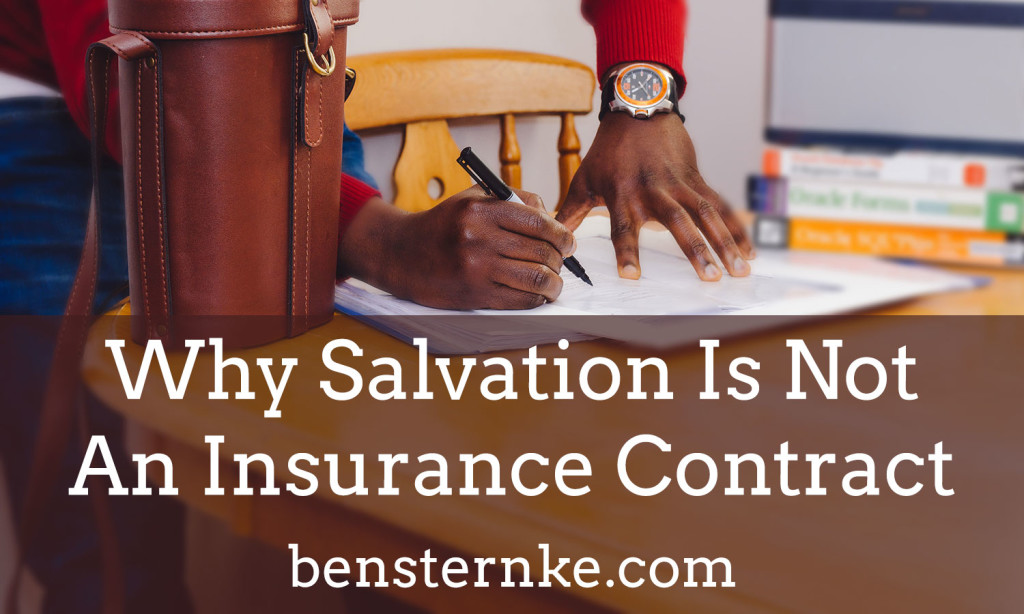 [tweet “Salvation is a relational covenant that starts now, not a requisite contract for later.”]

Salvation is Christ himself

In other words, Jesus isn’t just God’s “fix” for sin. Even if humanity had never sinned, Christ would still have had to come as a man in order to bring us into union with God.

Because God and humankind are now one in Christ, we who are “in Christ” can become one with God. This is the telos of creation: God sharing his love and power with humanity in covenant relationship.

The amazing surprise of the New Testament is that, because of the resurrection and ascension of Christ, this all starts now.

This is the gospel, then. In Jesus Christ, we can participate in the divine nature. It starts now and continues into eternity. This is salvation, and it’s available to everyone. 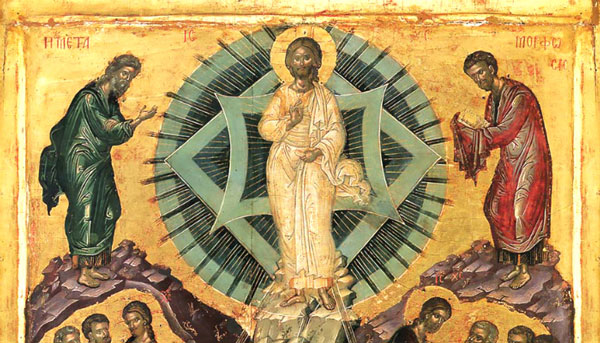 I want to end with a quote from theologian Ben Myers, who was asked whether he agreed with Michael Gorman’s analysis that the center of Paul’s theology was theosis (an Eastern Othodox theological concept referring to the process of coming into union with God.)

Myers’ response is one of the most beautiful proclamations of the gospel I’ve heard in a long time. Listen for the good news as you read. (Maybe even read this out loud?)

If by theosis we mean participation, then yes, absolutely. That phrase “in Christ” just keeps tolling like a bell through all the Pauline letters.

It’s not that Christ was an instrument that God used to fix things up. Rather, for St Paul, Christ is himself our salvation.

Christ is humanity made new, he is the place where human nature now resides, he is the new Adam who includes all human beings within himself, he is the oldest brother of many adopted siblings, all of whom now share in his status.

Christ is God’s child by nature, and we are God’s children by grace. We get to share by grace everything that belongs to Christ by nature. We are adopted, but God treats us with all the privileges of natural sons and daughters.

We eat at the same table with Christ. We exercise the same freedoms that we see in Christ. We address God with the same words, “Abba, Father.” We know God as Christ knows God – from the inside.

“Theosis” or “deification” is just a convenient shorthand to describe all that. Personally I think the word “participation” is better, since it doesn’t just describe what’s happening to me, but it describes the way I’m drawn into something beyond myself – into Christ’s relationship to his Father through the Holy Spirit.