Reproduction. “Replicate yourself.” These are some of the most common metaphors for disciple-making.

And, as often as I’ve used them, I’m starting to think that they are mostly unhelpful.

I started thinking about this when I saw a quote I saw on Austin Kleon’s blog about parenting.

“There is no such thing as reproduction. When two people decide to have a baby, they engage in an act of production… In the subconscious fantasies that make conception look so alluring, it is often ourselves that we would like to see live forever, not someone with a personality of his own.”

– Andrew Solomon, Far From the Tree

Oof! Embedded into the word “reproduction” is the idea of replication, of copying something that has already been “produced.” To replicate yourself is to copy yourself, and I’m not sure that’s what discipleship really is.

And just like parents are often sub-consciously trying to “live forever” through their children, I wonder if many times we as leaders are wanting to use “discipleship” as a way to simply extend ourselves into the world and into the future.

If the process of coming into God’s kingdom can be characterized as being “born from above” (John 3:3), then discipleship is the the process of developing that new life.

This feels a LOT different to me than just “replicating myself.”

I wonder if using “re-” metaphors (replication, reproduction) has inadvertently contributed to “discipleship” processes that are more concerned with quickly “scaling up” than really developing people and sending them out.

I can think of 3 specific implications of this for our disciple-making practices:

All of us tend to attract people who are similar to us. While there is nothing wrong with this, what tends to happen is that we begin to see these people as extensions of ourselves. It’s easy to do because they are so similar to us!

That’s why it’s important to be intentional about seeking to train and develop disciples who have personalities that are different from your own.

Jesus had a wildly diverse group of disciples, from angry zealots and passionate rebels to calculating conpromisers and care-too-much softies.

He trained and developed each one of them while honoring their differing personalities. Peter’s letters and the Gospel he likely inspired (Mark) are vastly different in tone and tempo than John’s.

This is a good thing, and it can be a good thing in your disciple-making efforts as well. Find people who aren’t like you and develop them! 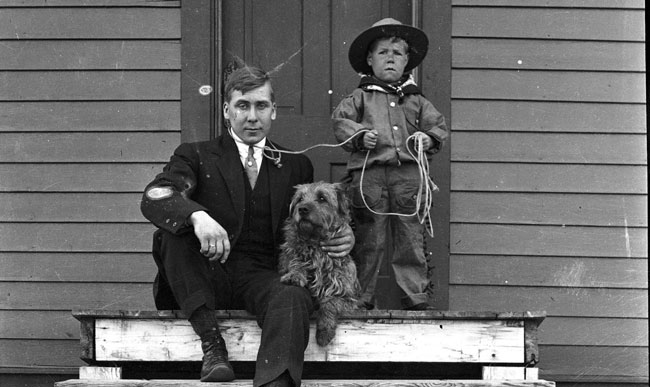 Paul encouraged the churches he planted to imitate him as he imitated Christ.

Imitation is often a great first step in learning, but it can never be the final destination. For true development to happen, we must always encourage people to move on into innovation.

When my kids are first learning something from me, they usually start with imitation. They do it just like I do. But my heart for them is that they learn to innovate and do things in new ways, in their own way.

Give those who follow you an example to imitate, but also encourage them to innovate. This means you’ll need to give them freedom to fail as they try new things.

3. Remember the goal of discipleship is apostleship

Sometimes I think we can end up with the idea that the point of disciple-making is just to have a bunch of “helpers” around for our ministry.

We end up feeling frustrated when those we’ve developed and trained want flexibility to invest in those they are training and discipling.

But the goal of discipleship is that eventually people will be sent out to make more disciples, which often means they won’t be a direct part of your ministry any more.

Jesus trained and developed his disciples for three years, but the goal was always to send them, to make them into apostles (which just means “sent ones”).

Sending and releasing those we train and develop ought to be the end-game of our discipleship process. If we can can rejoice and bless and send those who are going out from us, we are truly making disciples. If we constantly feel frustrated about letting go of our “best people,” we’re not really making disciples, we’re just seeking to amplify ourselves.

I want to see generations

I heard an interview with Seth Godin where he talked about how he measures success, and his answer struck me as very discipleship-oriented.

“People offer me jobs all the time, and if my goal was to make an income, of course I would take the jobs. But my goal isn’t to make an income. My goal is to make a difference. Success for me is watching people I’ve taught teach others. I want to see generations happen as quickly as possible.”

As we think about what “success” looks like in our discipleship efforts, I pray our answer is the same as Seth’s!

As we seek to make disciples of Jesus, let’s avoid the shortcut of “replication” and instead honor people by laying down our lives to see them develop as unique and beloved new creations in Christ who can produce and develop more disciples of Jesus!

OK, your turn. Here’s a question to get us started in the comments:

Does the distinction between reproduction and production help you? Does it make you think of a story from your life?