In my last post I identified a common discipleship-killer. It’s something that sabotages our best disciple-making efforts. And almost every church I’ve ever worked with has it.

It’s a gospel issue. Specifically, the problem most pastors have with answering this question:

Does the gospel I preach naturally lead to people becoming disciples of Jesus?

We need to go beyond the anemic, piecemeal gospels of “heaven when we die” or “justice here and now” and learn to proclaim the gospel that Jesus and the apostles announced: the good news of the kingdom of God.

Read the previous post if you need a refresher on that. But today’s post addresses this question:

How do we do that? How do we announce this good news without sounding like phonies? How do we really learn to believe it ourselves? What does it mean to proclaim the gospel of the kingdom? How do we do it faithfully and effectively?

I’m struck by Jesus’ persistence in his message. He was basically an itinerant preacher who probably said the same things over and over (as a coach and consultant, I think I understand some of this!).

In essence, Jesus simply proclaimed the kingdom over and over, and let the chips fall where they may. He didn’t try to “get people on board.” He didn’t seem to hold emergency meetings when people started leaving.

He simply announced the reality of the present kingdom of God and our new access to it through him. Jesus told people what was possible, and then waited for a response.

Jesus was patient with the crowds who said “no thanks,” and focused on training the few who said, “I want more.” Jesus preached the gospel to the crowds, but he taught a few disciples who wanted to be trained.

One of the mistakes I made in church planting was that I assumed everyone who came on Sundays wanted to be taught and trained. One of our main problems in the church is we insist on teaching people who aren’t remotely interested in learning.

Instead, I had to learn to simply proclaim the good news on Sundays, and then only train those who wanted to be trained. Pastors, here’s the bottom line: Don’t try to make everyone in your congregation a disciple, and don’t try to move everyone along at the same pace.

Remember the parable of the soils! Cast the seed of the word generously by patiently proclaiming the kingdom Sunday after Sunday. Then watch for “good soil” and invest there. That’s how you get a return.

Don’t waste your time breaking up the path or trying to get crops to grow in rocky or thorny soil. Focus on the good soil and let it grow from there. 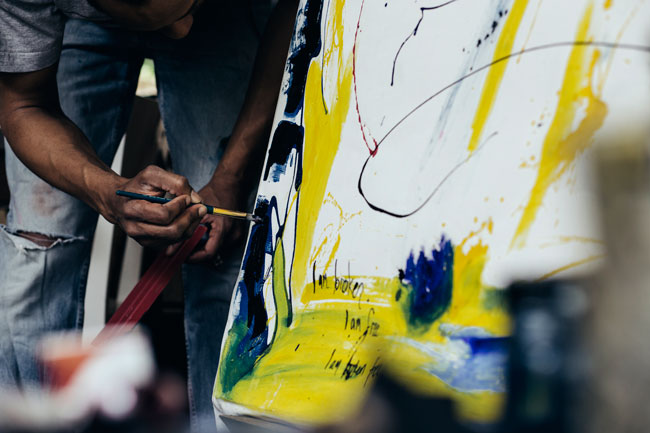 If you start preaching the gospel of the kingdom, many longtime church-goers will become concerned, because it it involves a massive re-imagining of what most people think Christianity is all about!

Jesus had the same challenge, actually. People “knew” what the kingdom of God was. They knew what to expect. They’d know it had come when they saw it.

The only problem was that they were almost completely wrong.

Jesus came proclaiming the gospel of the kingdom, but he needed to find a way to help people find a new imagination for what it meant. He needed to creatively subvert the old ideas and plant new ones without saying, “You’re wrong about everything.”

It’s fascinating to me that Jesus almost NEVER directly confronts people’s misinformation about the kingdom of God.

Instead, he speaks in PARABLES. Jesus’ parables were innocuous-sounding stories that actually snuck new paradigms in the back door of people’s imagination. These stories quietly nestled themselves into people’s minds but eventually exploded like time-bombs, shattering their paradigms and re-shaping their imaginations.

So I’m always thinking, what MODERN parables can we tell that will help people re-imagine their faith in light of the gospel of the kingdom?

We have to put time and effort into proclaiming the kingdom in the same way as Jesus. He did it creatively, using parables to help people into new paradigms.

The thing that will kill your gospel proclamation efforts before they start is if you try to proclaim good news that you don’t actually believe. If there’s no evidence of the truth of your proclamation in you life, people will sniff it out and call foul.

If you proclaim a new way of life you aren’t living into yourself, almost everyone will know it and nobody will listen.

Pastors, we have to smoke what we’re selling.

[tweet “Pastors, we have to smoke what we’re selling.”]

Our witness cannot be in word only. We can’t settle for articulate expressions or elegant ideas. We must embody what we proclaim.

There must be evidence in our lives of the truth we proclaim when we tell people the kingdom is available to them. In other words, we must BE disciples if we are going to MAKE disciples.

Your life and then the life of your community will need to be a living example of what it looks like to hear and say YES to the gospel of the kingdom.

Saying yes to the gospel ourselves

Let me close by simply proclaiming the gospel to you now: Pastors (even pastors!), a new life in God’s kingdom is available to you today.

You can live an abundant, powerful life overflowing with the joy and love of Jesus. It’s available to you today, right now.

Repent and believe the good news, and proclaim it to all… consistently, patiently, creatively, and embodiedly!