It’s sometimes hard to see the line between true Jesus-shaped missional movements and mere celebrity fan clubs. Ironically, in our zeal to see God do great things, it’s easy for us as leaders to resort to tactics that actually mitigate against the kingdom of God.

So how can we tell if we’re building a celebrity fan club or a real missional movement?

[tweet “How can we tell if we’re building a celebrity fan club or a real missional movement?”]

Saying “no” to the cult of personality

In the first part of Paul’s first letter to the Corinthians, he is addressing the serious problem of division among the people there (1 Cor 1:10-18). People are affiliating themselves with Christian leaders, staking a part of their identity on the leader they follow.

Some are saying, “I follow Paul,” and others, “I follow Cephas.” The first denominations, in other words! This should feel very familiar to us. We’ve got all kinds of ways to distinguishing ourselves from “other” Christians who follow different leaders, and believe slightly different things, etc.

It’s a bit shocking to see Paul start his letter by stating in no uncertain terms that this kind of division is categorically wrong.

It’s worth pausing here to let that sink in. The modern-day practice of “following” this or that celebrity leader is so common that it doesn’t even feel odd or wrong to us.

Interestingly, in the midst of this call for unity, Paul tells them he is glad he only baptized a couple of them. To baptize someone is a powerful thing. I imagine the temptation was to claim special status based on who baptized you. People would wear it as a badge of honor: “I was baptized by Paul directly.”

Isn’t it the same today? We take pride in being associated with famous Christians. We feel that contact and conversation with celebrities will somehow transmit celebrity fairy dust to us as well. We call them our “friends,” or find ways to casually mention when we had lunch before the conference.

But Paul says he wasn’t sent to baptize, but to proclaim the gospel. In context, it seems that because of how people were misunderstanding baptism, Paul is attempting to minimize its importance in the life of the believer.

He’s essentially saying, “You think it’s so important to be baptized by the right person, and people are trying to build up their fan clubs by baptizing lots of people… tell you what, I’m not interested in baptizing anybody, if that’s what it means! I wasn’t sent to do that kind of ‘baptizing.’ I was sent to proclaim the good news of Jesus.” 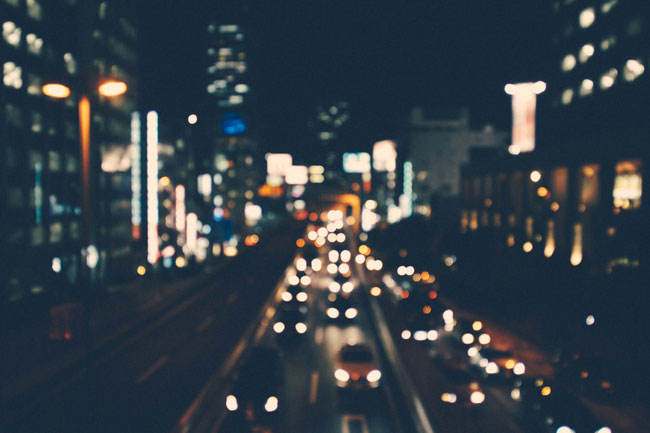 The Corinthians’ practice of baptism was creating multiple, competing fan clubs. But Paul’s proclamation of the gospel was releasing a movement. “Corinthian baptism” collected and colonized people on behalf of their celebrity leader. The gospel, though, empowers and releases people to follow Christ.

Here’s a simple test: Listen to the people you are leading – What do they talk about? What do they take pride in? What is it about your church that they habitually draw attention to?

Are people saying these kinds of things?

Those are actually fairly common things for people to say! But notice that the subjects that these statements are drawing attention to are

This is exactly what Paul said was so divisive and unhelpful! If these are common things that people talk about, you may be building a fan club for your church’s “brand” rather than truly bearing kingdom fruit.

In a missional movement, though, people talk differently. They talk a lot about:

Missional movements and the local church

So it’s not like we need to disband our 501c3 church organizations and take down our websites and refuse to name leaders.

It’s just that in a missional movement, leaders and followers all recognize together that Jesus is the one who is doing his work, and they all just get in on it. Through the work of the local church, Jesus draws people to himself.

But it’s very easy to slip into drawing people to your church, or to yourself as a leader. It’s easy because everyone likes the fan club arrangement.

As a leader, it feels good to have people adore you and say nice things about you. And people will want to put you on a pedestal and treat you like a celebrity because it will feel good to them to be associated with such a godly, anointed, talented leader as yourself!

But this temptation must be resisted if we’re going to build a missional movement.

Listen to how people talk about being involved in your church. If you hear lots of Jesus-talk, you’re probably building a missional movement. If you hear a lot more church/pastor-talk, then it’s probably time to make some changes to your culture.

Here are 4 ways you can start shifting your culture toward a missional movement today.

Sometimes as leaders we unwittingly coach people to do the exact opposite of what we are hoping for.

I remember when I decided I would share more of my own journey of discipleship with my congregation. It actually helped keep me accountable to continue growing as a disciple, because I wanted to continue to have more to share!

People will often respond by imitating your example, or at least be provoked toward a life of discipleship from your example.

Even when people have had a genuine encounter with God, they’ll often look for someone to thank, and that someone will often be you, pastor!

When people praise your preaching or talk about how glad they are that they found your church, attempt to graciously deflect the praise they aimed at you and your church toward Jesus and his kingdom.

Dallas Willard once modeled this very well for me. I had a chance to meet him during a small conference he was speaking at.

I wanted to thank him for writing The Divine Conspiracy (a book that literally changed my life). But I felt that kind of nervousness you feel in the presence of a “celebrity,” and even though I was trying to play it cool, I’m pretty sure my attempt at thanking him turned into a slightly embarrassing gush-fest from a fan-boy.

I think I ended up saying something like, “I’m sure you get this a lot, but I wanted to let you know that your writing has literally changed my life.”

Dallas’ response was gracious and genuine. He simply said, “I thank God for that.”

Something about the way he said it made me believe it was more than a “supposed-to-say-that” response. It wasn’t a false piety; he was genuinely thanking God for the transformation in my life.

It was such a great example of how to graciously deflect misdirected praise toward God in a humble, genuine way. I’ve imitated it a lot since then!

3. Refuse to do everything

Oh man, this one is so important. One of the main ways we cripple our congregations is by doing all the things.

[tweet “One of the main ways we cripple our congregations is simply by doing all the things.”]

There are so many little reasons this seems to make sense, though! We think:

[tweet “Pastors, it’s not your job to do all the things.”]

Sometimes the only way to let people step into ministry is for you to simply stop doing certain things, and see who is most bothered by it. Perhaps they’re supposed to step into that area of leadership?

Learn how to leave strategic leadership vacuums, and then intentionally train those who step into the gaps, equipping them for the work of ministry. That brings us to the final point:

4. Learn how to train others, and release them

Instead of hoarding authority, always be seeking to give it away to qualified people.

This is what Paul was talking about when he wrote to his young protegé Timothy: “The things you have heard me say in the presence of many witnesses entrust to reliable people who will also be qualified to teach others.”

This means you can’t just delegate things to people willy-nilly. It means you have to invest time, energy, and money into training them as leaders so you are truly multiplying the life of Christ in your ministry. (This is essentially what it means to make disciples, by the way.)

This was one of the biggest ministry shifts I had to make when I was learning to make disciples. I knew how to teach people, but I had to idea how to train people. They are VERY different skill sets.

(By the way, if you’d like more information about the coaching I do, email me and let’s talk!)

Training and releasing is what Jesus did and does. He didn’t just give his disciples new information, he trained and equipped them to do the exact same things he was doing.

Then, when the Holy Spirit came at Pentecost they realized it was the presence of Jesus empowering them to do the kingdom stuff and train others to do it, too. A constant discharging of authority. Power being pushed to the edges and given to those with no power.

That’s the “flow” of the kingdom… Jesus has all authority, and gives it to his disciples. “I will give you the keys of the kingdom,” he says. “Everything I received from the Father I have passed on to you… Whatever you ask in my name I will do… You have my authority – just request what you need as you go about my work.”

That’s the paradox about authority in the kingdom of God, too. The more we give away, the more we have. As you give away power by empowering others, your authority doesn’t decrease, it increases! As you operate in the ways of Jesus, he gives you more authority, because he knows he can trust you.

So don’t be shy about giving away as much as you can! Train people to do the stuff as you learn how to do the stuff, and you’ll find yourself operating in the flow of God’s kingdom, where “all these things” are given to you as well.

Transitioning your church from a fan club to a missional movement will take awhile, so don’t be discouraged if you don’t see immediate results.

Whenever I’m tempted to give up because change is taking too long, I take great comfort in Jesus’ seed parables. The kingdom of God is like a seed, not a building project.

The seed is small, unimpressive, easily overlooked. The seed is planted in the ground, which is actually a death. The seed dies in the ground, but then is transformed and begins to grow. Slowly, but surely, the seed grows into a plant that fills a garden with fruit.

That’s what change will be like in your church. Plant the kingdom seed of a missional movement, and just keep tending to it. You can’t make it grow, but you can give it the right conditions for growth. It will eventually grow into a beautiful plant that gives life.

Which is way better than managing a fan club. Go for missional movement by planting the kingdom seed in your church!