This is the sixth and final part in a series of blog posts that outlines my philosophy and practice of discipleship, a distillation and condensation of the stuff I’ve learned over the past few years from 3DM and others, a (somewhat) coherent “manifesto” on discipleship, if you will. Here are links to the first five posts in the series.

In this post I finish the series by talking about the ultimate goal of the whole discipleship process: reproduction, disciples who make disciples.

Discipleship is the process of becoming like Jesus in both character and competency in a relational and directive context, where the discipler offers his or her life as a embodied example to imitate. We’ve discussed who to invite into this kind of relationship, and the BOTH/AND dynamics of structure and spontaneity as well as invitation and challenge, but what’s the goal of it all? At the end of this process, what should the results be?

The short answer is that every disciple of Jesus should eventually be capable of making other disciples of Jesus. The goal is reproduction. The end-game is a multiplying movement of discipleship and mission that fulfills the Great Commission.

Sometimes people wonder why training people in huddles combines discipleship and leadership development. I’ve encountered quite a few people who want some kind of “discipleship” investment but balk at the “leadership” expectation. Isn’t there something that just allows me to grow as a disciple and not as a leader? they ask. Does everyone have to be trained as a leader?

Ultimately the answer is Yes. Not everyone will lead in the same capacity, of course. Some will lead movements of thousands, others will lead a few, but every disciple of Jesus needs to be equipped to lead, because they are all called to make disciples. By definition, disciples make disciples. Part of being a disciple is making disciples.

The reason we combine “discipleship” stuff with “leadership” stuff is that we are dead serious about reproduction (no pun intended). Discipleship is, by its very nature, a reproductive process. Paul writes to his disciple Timothy, “the things you have heard me say in the presence of many witnesses entrust to reliable people who will also be qualified to teach others” (2 Tim 2:2). That’s four generations of disciples in one sentence! Paul to Timothy to “reliable people” to “others.” 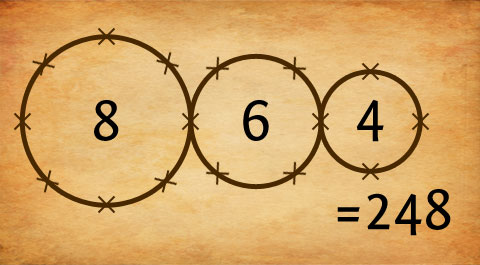 The challenge I bring to those who balk at thinking of themselves as leaders is this: You are not the end-product of this process. Your personal growth isn’t the main point of discipleship. Part of imitating my life is doing for others what I am doing for you. You are called to have rivers of living water flowing from you to others, not collecting inside of you in a reservoir.

This is the only way the exponential equation of discipleship works. Anytime someone interrupts this process by refusing to pass along to others what they have received, for whatever reason, they block the flow of living water in themselves. The ironic result is that it actually becomes quite difficult to receive more if you refuse to share what you have.

The goal of this process is not to simply to have a better church, it’s to catalyze a movement of discipleship and mission that actually changes the world. The only way to do that is by training people to reproduce, equipping disciples with the character and skills needed to make disciples themselves.