Dallas Willard has famously said that, since making disciples is the main task of the church, every church ought to be able to answer two questions:

I have a new huddle starting this week, and at our first gathering I will walk people through the big picture of how I have come to think about and practice making disciples and training leaders. In conjunction with this, I’ll be posting a six-part series that outlines my philosophy and practice of discipleship; my personal answer to Willard’s first question.

It’s not that I have it all figured out, of course, and I am basically just doing things I’ve learned from Dallas Willard, Mike Breen, and countless others. I know I still have an immense amount to learn, but in the past few years several things have settled into place for me, and it seemed like a good idea to distill and condense many of the various pieces into a coherent “manifesto” on discipleship, if you will. So, without further ado, here’s my plan for making disciples of Jesus. 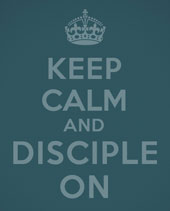 Jesus’ main command to his followers before he ascended to heaven was to make disciples. One of the common misconceptions of discipleship is that it means “knowing more about the Bible” or “attending church services more often.” While these may be good things, they don’t get to the essence of what it means to be a disciple. The word for “disciple” in the New Testament literally means “learner,” and refers to someone who doesn’t just learn what their teacher knows, but becomes the kind of person their teacher is. Jesus told his own disciples, “Anyone who believes in me will do the things that I have been doing…” A disciple of Jesus, then, is someone who is with Jesus, learning from Jesus how to be like Jesus.

When we hear this, though, another misconception often rears its ugly head: the assumption that the end goal of discipleship is something akin to “becoming a nicer person” or “living morally.” In other words, we assume that becoming like Jesus merely means character transformation. Now, I don’t want to diminish in any way our need to put on the character of Christ. Doing so is absolutely foundational to discipleship. However, Jesus himself seemed to equip his disciples not just with his character, but with his competencies. We notice in the Gospels that Jesus wasn’t a bumbling idiot. He knew what he was doing. For example, he was an astonishingly effective communicator, a magnificent leader. He had a phenomenal ability to see what people needed and offer it to them, whether it was forgiveness, rebuke, healing, or simply some time with him. 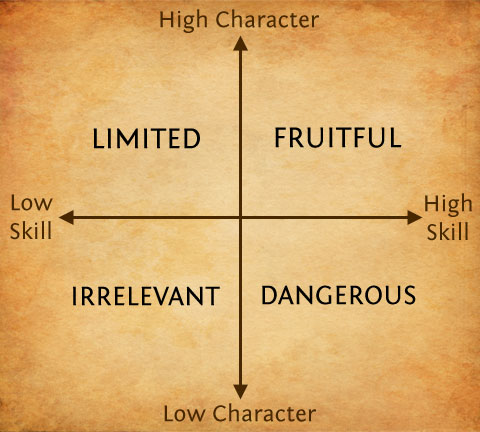 If we equip people in their character and ignore their need for growth in areas of skill, we end up with “good people” who aren’t very good at leading others, and thus we limit our potential for kingdom breakthrough. Discipleship means being equipped in both the character and competency of Jesus. This means we deal with idolatry and sin and integrity, but we also deal with group dynamics and leadership training and communication skills. It’s all important because we want to bear “much fruit,” as Jesus wants us to.