As he sat across from me in my office, I tried to listen patiently, but it was the third “great idea” he had presented to me in only a few months, and I knew it would never work because it was birthed in immature passion rather than a strong sense of God’s leading.

On the other hand, another person I had been working with at the time had such a clear, beautiful word from the Lord. A promise from God that she could rely on and step out into. But for some reason she wasn’t taking action on it, and simply kept coming back to talk more, uncertain of whether it was really God speaking to her or not.

Right at the beginning of Deuteronomy, there’s a phrase that names this tension. Moses is reminding the people of Israel of what God has spoken to them, urging them to trust his promise and advance into the promised land. He says,

“See I have given you this land. Go in and take possession of the land the Lord swore he would give to your fathers…” (Deuteronomy 1:8).

What’s interesting is that God says two things that, at first glance, seem to contradict each other:

Well, God, have you given it to us, or do we need to take possession of it? The paradoxical way of God is a resounding YES to both questions.

God gives his people both a promise (“I have given you this land”) and a command (“Go in and take possession of the land”). Both are needed for the people to be successful in their task. They need to know that God is with them and has made a covenant promise to them. But they also need to take possession of that which God has promised! They can’t just sit back and wait for God to drop it in their lap.

This is still how God works in our lives. We all need to hear his word and move out in response to that word. We need to hear God speak promises and take possession of those promises.

Our problems in life typically come from a failure to embrace both of these realities, focusing instead solely on either hearing his promise, or taking possession.

Here’s a visual aid to help us see what’s going on: 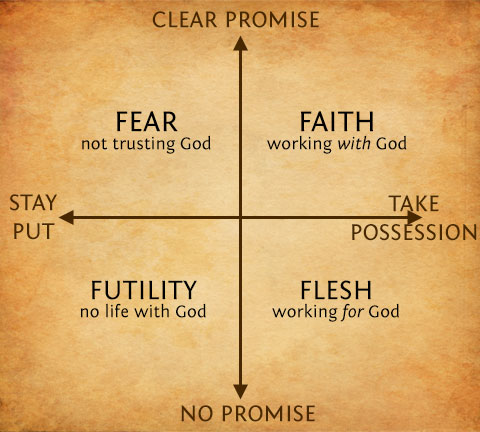 Let’s explore what each of these quadrants look like in more detail.

In the lower-left quadrant, we essentially aren’t even attempting to live a with-God life. We don’t hear his word to us or take any action. We are content to simply pursue whatever strikes our fancy at any given moment, submitting to a culture of “getting what I want.”

If you’re reading this, you’re probably not living there, so let’s talk about the other quadrants as places we tend to fall into.

In the upper-left quadrant, God has promised something, but we refuse to take possession of it.

God has spoken, but because we doubt his goodness, or his competence, or his wisdom, we refuse to cross the Jordan and take possession of the land. 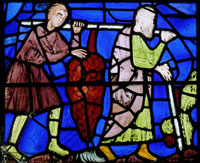 This is what happened to Israel years before. God had promised the land of Canaan to his people, and Moses sent spies into the land to check out the situation. The report that came back said:

Although Caleb tried to urge the people to take possession of the land by reminding them of God’s promises, in the end other voices won out and fear spread throughout the people of God, causing them to stay put rather than take possession.

Ultimately they believed the people in the land were more powerful than God, that God wasn’t able to back up his promise that he had given them the land. In fear they refused to take possession of the promise.

It’s easy for us to fall into the same trap.

Instead of submitting to the word God has given us, we submit to the obstacles we see in our way, we submit to our own estimation of what is possible or “realistic.” We hear about “giants in the land” and we refuse to take possession of the promise.

We fail to see our part in God’s work, and the sad result is that, like the Israelites, we wander in the desert of unfulfilled promises.

But there is another way to miss the boat…

In the lower-right quadrant, we are attempting to take possession of a land that God hasn’t promised us.

It would be like the Israelites deciding that they should actually be marching into Egypt to take that land. No word from God about it, but it seems like a good idea. If he promised Canaan, why not Egypt too?

In the flesh quadrant, there’s lots of activity, lots of talk about “taking the land for God,” lots of passion and excitement and fervor, but, because we aren’t moving in response to a specific promise from God, we’re operating in the flesh. We look at a situation and assume we know what God would want and go for it, not waiting for a word from God.

This quadrant is called “flesh” because that’s the word the Bible uses to name what humans can do in their own strength, i.e. without God. Flesh is simply the things we can accomplish with our own intelligence and power. It’s activity we engage in without reference to or dependence upon God. 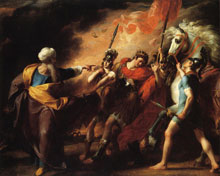 King Saul is the poster-boy for flesh in the Old Testament. He had a really hard time waiting for a word from God, and even when he got one, he’d come up with a way to “improve” it, because he assumed he knew what God “meant.” He consistently tried to help God out instead of simply obeying the word he had been given, and in the end it meant that God couldn’t work with him.

That’s always the end-result of living in flesh, and that’s why God had to tell Saul that “obedience is better than sacrifice.” Simple responsiveness to God’s word is far better than the most extravagant sacrifices our flesh can produce. 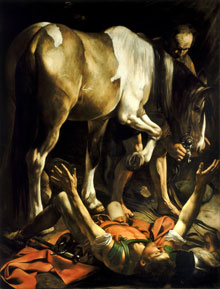 Another example of living in the flesh quadrant is the Saul from the New Testament. He saw a new cult springing up around this Jesus person and assumed it was an affront to God and needed to be stamped out by any means necessary.

He launched a campaign of terror and persecution against this new cult, believing he was doing God’s will the whole time. Taking possession of the land without really hearing a word from God about it.

He doesn’t discover it’s all flesh until Jesus knocks him off his horse on the way to Damascus. That’s when he starts to realize just how wrong he had been, and how much damage he had done in the name of being on a mission from God.

We end up in the same boat when we attempt to do mission “for God” without reference to what he has promised.

This is why I’m always wary when people start talking using phrases like “taking this city for God,” or “taking our nation back,” or “changing the world.” It’s so easy for those kinds of goals to become fleshly activity, attempting to take possession without really listening for a promise from God, or doing things in God’s way, or deeply understanding God’s goals.

Unless God has given you a specific word, strategy, or promise for your endeavor, your attempts to move out in mission will always end up being flesh, which means they simply won’t bear fruit.

In the upper-right quadrant, God has given us a clear promise, and we move out to take possession of it in his way and in his time.

This is called faith, and it’s what happens when we hear God’s word and respond. This is when we actually bear fruit, when we see the kingdom advance.

Jericho is a great example. The land had been promised, and the people moved out to take possession of it. They crossed the Jordan and were ready to believe God for victory.

But the way they take possession is very important. At Jericho, they don’t assume they’ll just take possession in any way that suits them. Instead, they continue to listen to the Lord and rely on his strength to accomplish the task. Instead of simply planning a battle according to known strategies (that would be flesh!), they listen for a word from the Lord.

And they get it. But it’s a weird word. “March around the city.” Really, God? Have a parade?

But they move out in response to the word God has given them, and they see God do what only he can do: the walls fall down without the Israelites needing to do much of anything besides march and shout and praise God.

That’s living in faith. It’s not passivity, because they took action. They crossed the Jordan. They marched around the city. They shouted and blew their trumpets. And that activity in response to God’s word is what caused the power to be released to take possession of the land.

It’s the same principle that’s at work in the ministry of Jesus when he says things like “Let it be done to you according to your faith,” or “Your faith has healed you.” 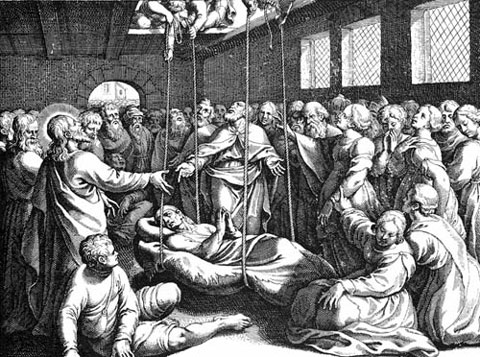 Think about the paralytic who was let down through the roof of a house. Jesus gives him a word that contains both promise and command: “Take up your mat and go home.” He has to take action in that moment, believing Jesus to attempt the impossible. One is almost tempted to think that Jesus is being insensitive to the paralytic. But instead he responds to the word, attempting to activate muscles he hasn’t been able to use for years… and then the miracle happens.

That’s the fruit of living in faith. The miracle always happens when we operate in faith, hearing the word from God, and stepping out in responsive obedience to the word. Believing that God has given us the land, and then taking possession of it.

Leave a comment and tell me where you’re at with these things!