Lately I (along with my partner-in-crime Matt) have been thinking about what it means to live, love, and lead like Jesus. Not just the outward behavior stuff, but the inward character stuff.

How can we learn to become the same kind of person as Jesus? How can we learn his postures and attitudes? How can we truly become like him rather than merely mimic him in our own willpower? This is the most important work we will ever do as human beings.

One of the things I notice about the way Jesus loved others and created community through that love was that he calibrated grace and truth in every relationship. This spilled over into the early church community, where we see the same kind of thing happening: grace and truth held together to create a community of love.

The prologue of the Gospel of John paints a paradigmatic picture of Jesus for us, culminating with these two packed-with-punch sentences:

The Word became flesh and made his dwelling among us. We have seen his glory, the glory of the one and only Son, who came from the Father, full of grace and truth (John 1:14).

Full of Grace and Truth

As if to drive home the point, just a few verses later the writer says, “For the law was given through Moses; grace and truth came through Jesus Christ.”

Moses was known for giving God’s people the Law. That was his deal, his special role in the story of God. Jesus, however, is now known as the Grace-and-Truth Bringer. That’s his deal. He brings grace and truth because he’s full of grace and truth. That’s his quintessential gift. His main thing.

[tweet “Jesus is the Grace-and-Truth Bringer. That’s his deal.”]

Jesus calibrated grace and truth throughout his ministry, in many surprising and sometimes offensive ways. But I want to focus on how the early church seems to have absorbed and adopted the way of Jesus by becoming a community of grace and truth.

Grace in the Early Church

In Acts 4:32-35, there is a beautiful description (the second of the book) of the kind of community that was being created through the ministry of the apostles. After mentioning that the apostles continued to powerfully witness to the resurrection of Jesus (through doing the same kinds of things Jesus did, like making lame people walk), it says:

God’s grace was so powerfully at work in them all that there were no needy persons among them.

I find it so interesting that the evidence that God’s grace was “so powerfully” at work was the simple fact that everyone in the community had enough. God’s grace at work in a community means that we don’t think of our possessions and property as our own, but instead we are free to generously offer it to those in need. This means, of course, that we trust that we will be taken care of when we are in need.

[tweet “The evidence of God’s grace in the early church was the simple fact that everyone had enough.”]

They learned this from Jesus, of course, who was constantly offering grace to those in need. His basic posture was simple generosity. “What do you want me to do for you?” was a common phrase for Jesus.

The early church seemed to be (empowered by the Spirit of Jesus) emulating the love of Jesus by cooperating with the movement of grace among each other. The evidence was no one thought of their possessions as their own, but shared everything. In fact, from time to time, people even sold property in order to give special offerings to those in need.

Truth in the Early Church

But in the very next passage, we see that this was also a community of truth. A couple named Ananias and Sapphira decide to sell some of their property, but instead of bringing the entire amount of money from the sale, they kept back some of the money for themselves. 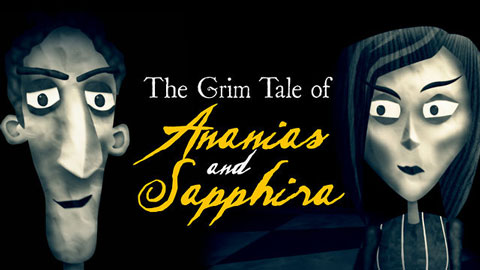 Now, it’s important to note that there was nothing inherently wrong with this. We can safely assume that many in the community never sold any property at all. It wasn’t a requirement of any kind. It was simply people being moved by the Holy Spirit toward spontaneous generosity. It was grace that was at work, not coercion.

But instead of being honest about the fact that they were keeping some of the money, they postured as if they were bringing the whole amount. They were attempting to deceive this community, perhaps to gain stature and approval as one of those “generous” people.

As they bring the money, Peter seems to discern immediately what is happening, and announces the deception.

“Ananias, how is it that Satan has so filled your heart that you have lied to the Holy Spirit… You have not lied just to human beings but to God.”

Ananias, and a few hours later his wife, too, have suddenly dropped dead! It’s a shocking story, and there are a number of ways we could interpret how it happened, but I think the important point is that their fatal mistake was their attempt to deceive a community of truth. 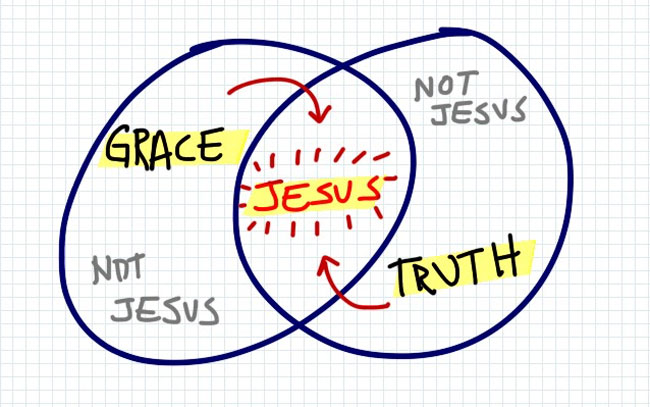 The early church, then, was a community of grace and truth. And the key to their vitality and power was the fact that they embraced BOTH grace and truth. Our constant temptation, like Ananias and Sapphira’s, is to think we can embrace one without the other.

But when we try to get one without the other, we end up with neither. We long for grace, but we refuse to tell the truth about ourselves because we’re afraid of rejection, and thus we never really experience grace. Likewise we can be “committed to the truth” but we use it as a weapon to manipulate and control others. We don’t know how to be gracious with ourselves or others (they’re linked, by the way), so we never actually end up knowing the truth that actually sets us free.

[tweet “Grace and truth: when we try to get one w/o the other, we end up with neither.”]

Only those who tell the truth (about themselves first) really ever experience grace. And only those who graciously accept themselves and others are able to tell the whole truth that sets people free. They go together, just like they were present together in Jesus.

Only One Source For Grace and Truth 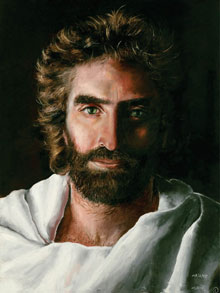 The only way any of us can begin to walk in grace and truth is to be filled with the love of God in Christ. Jesus makes it clear to his disciples and us that we cannot “drum up” this kind of life by trying harder or exerting more willpower or learning a new technique. It only comes as we “abide” in him, like a branch abides in a vine.

As we learn to live in his love, our defenses come down and we become open to receiving grace. As we do so, grace begins to flow into and through our lives to those around us. From this place of grace, we begin to tell the truth about ourselves. We stop hiding, we come out into the open and start walking in the light, and there we find the truth, rather than binding and enslaving us, actually sets us free.

And as we are increasingly filled with grace AND truth, we can then become agents of building communities of grace and truth, which I’ll talk about in my next blog post (click here to go to the next blog post in this series).

Until then, I’d love to hear from you. What is your tendency? Do you tend to embrace truth without grace? Or grace without truth? Which “feels” more important and why? Leave a comment below!