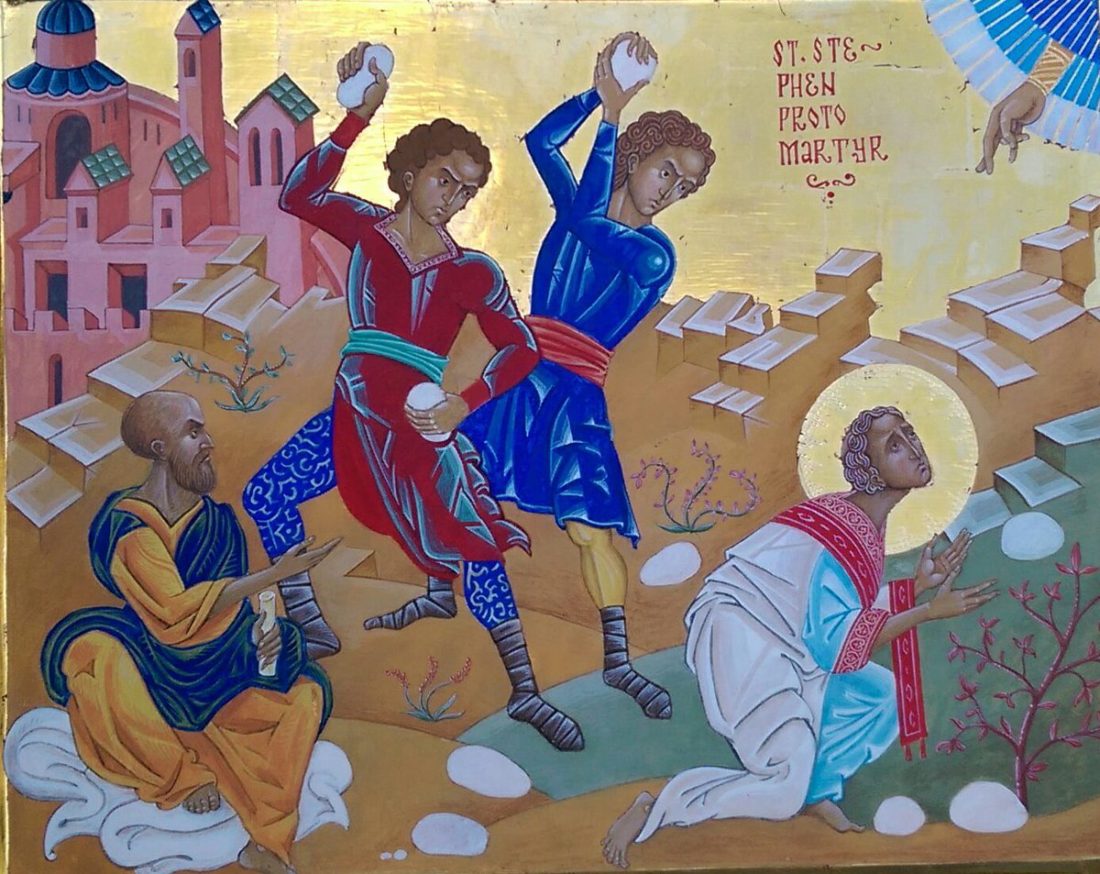 Wesley Hill recently wrote on his desire to stay in the Episcopal Church despite the fact that he is in the minority when it comes to his view of same-sex marriage (he affirms a traditional Christian view of marriage and sexuality).

If I were to leave the Episcopal Church because I disagree with the majority of my fellow Episcopalians about the moral (and indeed ontological) status of same-sex marriage, the implication would seem to be that I think my view is a kind of “private” conviction, and I simply need to find the best niche market for it, in light of its rejection in my church.

But that’s not the way I think about the traditional Christian view of marriage. It’s not a “private judgment,” applicable only to those already convinced of its truth. Rather, traditional marriage is a divine given, part of the fabric of creation and of the redeemed order in Christ. It shall not be revised but renewed in the kingdom of God — when the earthly parable or mystery yields to its heavenly consummation (Mark 10:1-12; Eph. 5:21-33; Rev. 19:9).

What this means is that while traditional marriage can be lamented, rejected, or rebelled against, it cannot be undone. And therefore, my calling in the Episcopal Church, as I understand it, is not to defend traditional marriage so much as it is to bear witness to it — to point to it, to remind my brothers and sisters of its givenness and permanency, to highlight its scriptural contours and its ultimate destiny (Matt. 22:30), to hold it in trust until its truth and beauty can be seen again for what it is.

Notice: he does not need to defend traditional marriage, because he has confidence that it is a theological given, and therefore cannot be undone.

It seems to me that whenever we talk about defending a belief or conviction, we betray our lack of confidence in its truth and reality. We are treating whatever belief we are defending as a fragile, “private” conviction that must be guarded lest it disappear.

So when we’re talking about “defending” religious liberty, or biblical authority, or the traditional Christian view of marriage, we’re actually betraying our lack of belief in those realities! We’re revealing that we don’t think they come from God at all, but are rather fragile human ideas that need to be propped up by legislation and coercion.

But if something is truly a theological given, something created and ordained by God, something permanent, something really true, it doesn’t need to be defended. But you can bear witness to it, even if no one listens or cares, because you’re confident that you’re bearing witness to something that is real, something substantial. Something that can’t be undone.

This is how the early church spoke of the resurrection of Jesus: not as an idea to defend, but a reality to bear witness to. When they were arrested and threatened and told not to speak in Jesus’ name anymore, their response was “We cannot help speaking about what we have seen and heard” (Acts 4:20).

As St. Augustine said, “The truth is like a lion; you don’t have to defend it. Let it loose; it will defend itself.”

So if you feel a knee-jerk reaction to defend a theological idea against attack, maybe stop and reflect on how firm that conviction really is for you. The stronger the instinct to defend, the weaker the actual belief. What’s at stake for you in this? What do you stand to lose? What are you afraid of?

But if something is truly real, you merely need to bear witness to it (and then be willing to suffer the consequences of your witness – like Jesus and the early church).

Stephen witnessed to the reality of the resurrection, and paid for it with his life. This is one of the essential differences between defending and witness-bearing: defenders are concerned with staying in power, but witness-bearers are willing to lay their lives down, bearing the consequences of their witness when it is not received.

This is because if you really believe in the resurrection, you’ve got nothing to fear, because ultimately no one can take anything away from you.