Here’s part of a Karl Barth quote from The Epistle to the Romans that Alan Jacobs put on his blog recently (emphases mine):

We must not, because we are fully aware of the internal opposition between the Gospel and the Church, hold ourselves aloof from the Church or break up its solidarity; but rather, participating in its responsibility, and sharing the guilt of its inevitable failure, we should accept it and cling to it. — I say the truth in Christ, I lie not, my conscience bearing witness with me in the Holy Ghost, that I have great sorrow and unceasing pain in my heart. This is the attitude to the Church engendered by the Gospel. He who hears the gospel and proclaims it does not observe the Church from outside. He neither misunderstands it and rejects it, nor understands it and – sympathizes with it. He belongs personally within the Church. But he knows also that the Church means suffering and not triumph.

I know this temptation to separate the Gospel and the Church. To think that I can somehow fly above the “tainted” expression of the imperfect churches and believe the “pure” Gospel. In my twenties, after I came home from a discipleship school with a missions organization, I rejected the church for a season because they weren’t serious enough for me. They didn’t “get it” like I did, and I didn’t want to associate myself with a compromised church. 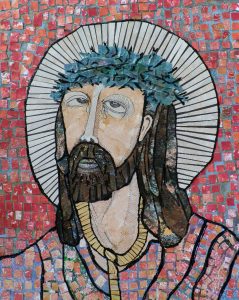 This impulse is rooted in the instinct to avoid suffering. In an effort distance ourselves from those who would taint our reputation as a certain kind of Christian (not one of “those”), we don’t fully identify with the Church. We try to maintain a level of “purity,” trying to be Christian without the Church.

Even in a church plant like ours, where we have a strong “front-end filter” that weeds out a lot of the people I’d be embarrassed to claim, we’ve had people say explicitly racist things to first-time visitors, and we have a lot of relational dysfunction we are constantly helping people wade through. There is a suffering inherent in claiming all of these people as my brothers and sisters in Christ (just as I’m sure there’s a suffering inherent in them claiming me).

Of course, this embracing of suffering is rooted in the Incarnation. In Christ, God identifies fully with his sinful and broken people, enduring the suffering of being associated with creatures who are in every way “beneath” him. And this is the only reason we are saved from the devastating consequences of our sinful choices. Thanks be to God!

Reflecting on the African church’s tendency to “sit on top of” and live in the social imagination of the nation-state, he states that the church needs to realize that it is an alternative social imagination. Rather than offer assistance to the politics of the nation-state, the church is to become its own politics rooted in the power of the kingdom of God, rather than power as “dominance and invincibility.”

So how to take steps in this direction? According to Katongole, it may well be impossible if we insist on staying in the centers of power where the dominant social imagination is acted out and affirmed constantly. Instead, we must move toward the margins, “overlooked places and communities,” where the emptiness of the empire’s rhetoric can be more clearly seen.

If found this idea helpful as I think about our work at The Table and Gravity Leadership. Here’s Katongole on what he means by “marginality.”

But marginality does not simply refer to physical geography; it also includes leaving behind the dominant story of power and violence that has shaped African social history. As we have seen, this story easily sacrifices the lives of the “small people of God” in the name of the big stories of modernity, progress, civilization, and African identity.

Marginality, therefore, is about imaginatively relocating away from such a story and its dominant performance in order to stand within a different foundational narrative — the story of God’s own relocation (as Word Made Flesh) — and from within that story rediscover the small, often discarded gifts, tactics, and signs of a different order. These are the gifts of a “different world” — a world shaped by a different story and performance, a world which, rather than sacrificing the small people, offers them a new reason to live, and thus invests their bodies differently in the world, thereby transforming their daily world of cabbages, goats, simsim, music, love, pain, suffering, and death into a sacred reality and holy ground of God’s saving work. Such a world does not have to exist as its own self-sufficient empire or on its own territory; it may open up in the “wild spaces,” that is, in the cracks of the dominant performance of nation-state politics.

This idea of the church being a new politics springing up right in the midst of the old is exactly what we’re seeking to do at The Table, our church plant in Indianapolis. I like thinking about it as “Church in the Wild” (riffing off a Jay-Z and Kanye West song). 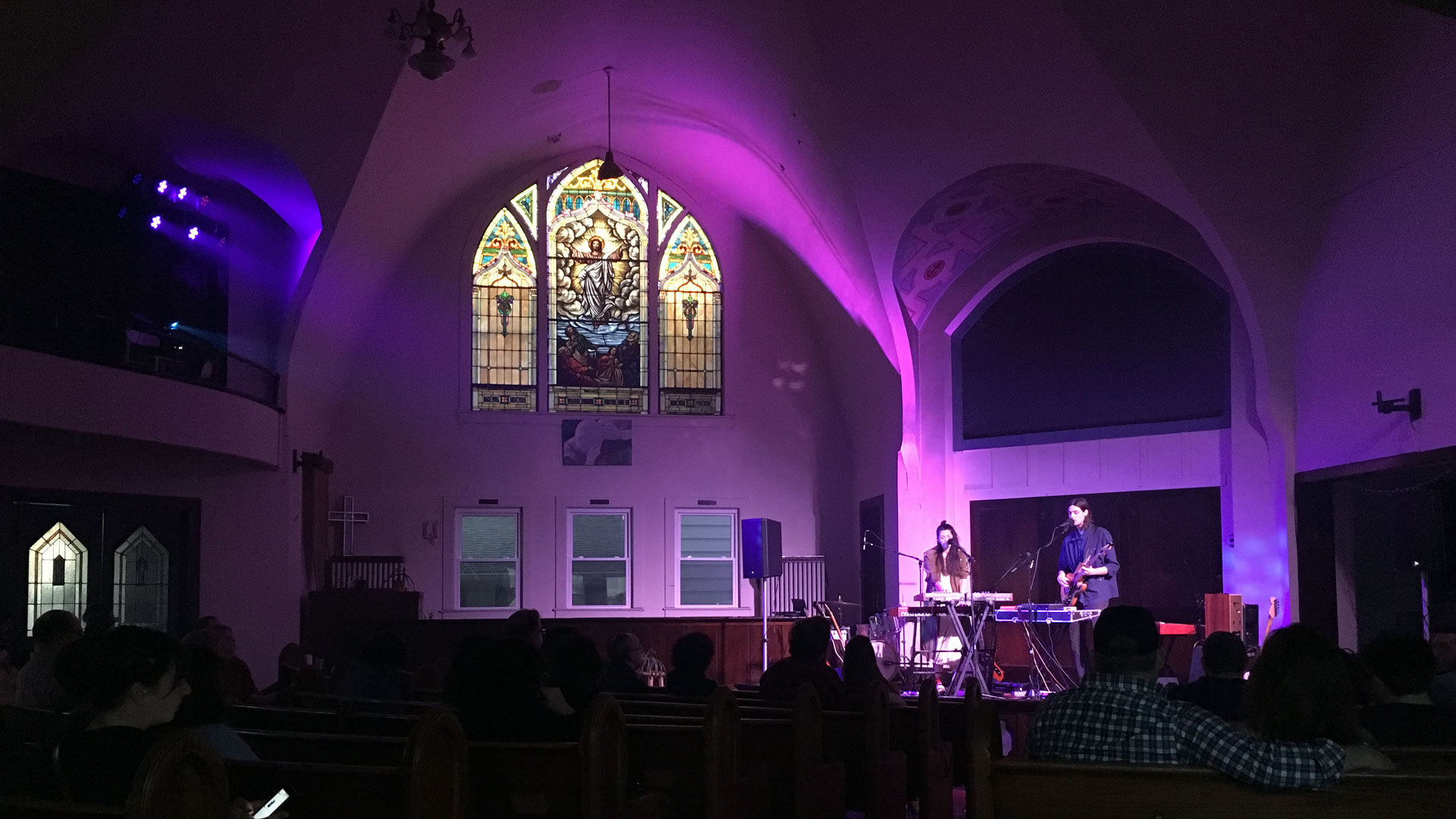 Within the “wild spaces” where we see cracks in the foundation of the violent politics of the nation-state, we can be a new kind of community, with a new social imagination for how to be together, how to pursue flourishing together.

We don’t need the permission of a government or the blessing of an official or a license from the state to do this. It starts at the Eucharist table (which tells the story that funds the alternative imagination) and flows out from there into our kitchens and neighborhoods and work places. We learn to be honest with each other and tell the truth to one another and forgive one another and name our desires and confess our sins and be faithful and sacrifice for each other.

And it has to be played out in the most granular aspects of our life together. It can’t just be rhetoric that makes for inspiring sermons. It can’t just be saying the right words and hoping it will “automatically” happen in the rest of our lives.

It has to reach our everyday interactions with each other. That’s where politics is lived out. We have to dare to be a “church in the wild,” trusting the power of the kingdom to manifest itself if we refuse to take up the power of coercion and violence. And that takes granular, everyday discipleship, where we’re trusting God to meet us in our badness and weakness to proclaim good news to us and invite us to live a better story.

I think what Africa needs is what America needs, too. We’re learning how to do it in small ways, which I think are probably the only ways that really “work” in the long run anyway.

Most evangelical churches have no ecclesiology. What I mean by this is that they don’t have an answer to this question: What IS the church?

Most evangelical churches have no ecclesiology. Whenever I say this, people typically have a couple responses:

Now, I’m not going to offer a full-blown ecclesiology (theology of the church), but I do want to offer a few thoughts on this, because I promised I would, and because it’s really important and so widely misunderstood.

END_OF_DOCUMENT_TOKEN_TO_BE_REPLACED

Every church is “liturgical.” The question is what our current liturgy is actually DOING, and if that is aligned with God’s vision for his church.

I first began dreaming about planting a church back in 2005, partly because I was beginning to see some weaknesses in the stuff we did on Sundays every week.

We were a Vineyard-esque evangelical church, so we’d sing worship songs for 30 minutes or so, take an offering, hear some announcements, hear a sermon, and have a time of ministry (with more singing). Pretty much every week, that was the pattern.

END_OF_DOCUMENT_TOKEN_TO_BE_REPLACED

The title of David Fitch‘s latest book makes for a great blog post title, doesn’t it? Also makes for a provocative book title, which I hope makes it sell more copies, because it’s a really good book. I recently finished reading it, and while this isn’t really a proper review, per se, I wanted to offer a few reflections on the book.

I’ve known David for a few years now, and his first book, The Great Giveaway, shaped my thinking and practice in significant ways. He gave language for the vague feeling of unease I had about the way church was normally practiced, and didn’t just talk about what was wrong, but pointed a way forward! It was a breath of fresh air.