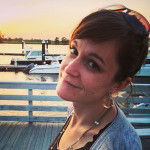 The following is a guest post from my amazing wife, Deb Sternke.

She has written before on my blog, and she is an incredibly gifted coach and discipler (as well as a great mother to our four kids!).

END_OF_DOCUMENT_TOKEN_TO_BE_REPLACED

According to Eugene Peterson, there are two paradigmatic designations for people of faith: disciples and pilgrims.

I find this compelling. And I think if we would simply embrace these two images as our identity as people of faith, many things would fall into place.

Let’s think about each image, and the contrasting image that tempts us.

We want to be experts, though

People of faith are disciples. This simply means we are learners. People who are not there yet, who don’t know how to do things.

Disciples are in a position of learning from their rabbi. You become a disciple when you admit you have something to learn.

One of our great temptations, though, is to see ourselves as experts. People with answers. People who know things.

Experts stand over others and pontificate. Disciples stand with and among others and ask questions.

Experts have answers, verdicts and certainty. Disciples have questions, curiosity, and wonder.

We are disciples, not experts

Brothers and sisters, we are not experts! We are not called to be people with answers.

When was the last time you heard about someone who was swept into the kingdom of God on the coattails of an airtight theological argument? This just doesn’t happen.

Posturing as experts simply pushes genuine seekers away. It’s an ugly and proud posture that repels people who are asking honest questions about faith.

We are not experts. We are disciples. All of us. We are called to be the most curious and compassionate people on the planet.

I’m confident that as we seek the truth with and among our neighbors and friends, that Jesus will reveal himself in our midst and lead us all as disciples into abundant life.

Where do you notice the temptation to posture as an expert instead of a disciple?

Staking our claim and conquering

People of faith are pilgrims. Travelers. People who are headed somewhere rather than people who have arrived.

Another of our great temptations, though, is to see ourselves as conquerors, staking our claim and controlling what happens on “our land.”

(Now, I know the Scriptures explicitly say we are “more than conquerors” but that’s not how I am using this image. In Romans, Paul is saying that despite horrific persecution, nothing will be able to separate us from the love of Christ.)

A conqueror is bent on taking hold of a place and ruling it for his own benefit. Once a land is conquered, the new ruler gets what he wants, and everyone else has to deal with it.

I sometimes see the conqueror mentality in how some people of faith fight so hard for certain kinds of legislation to be passed (or not passed). We think somehow that our job is to control what happens on “our land.”

We are pilgrims, not conquerors

But we aren’t conquerors. We are pilgrims. Pilgrims are simply travelers, people who are trusting there is something better beyond where we are at.

Pilgrims are people who don’t need to hold on to the way things currently are. People who trust that God will sort all of those things out and our job is simply to continue moving in his direction, despite what is going on around us sometimes.

Where do you notice the temptation to posture as a conqueror instead of a pilgrim?

Disciples and pilgrims. Two compelling images for what it means to be the people of God.

What would it look like for you to embrace these images today?

Can I make a confession? I love zombies.

Well, not the zombies themselves (though I do feel pity for them). I love stories about zombies.

END_OF_DOCUMENT_TOKEN_TO_BE_REPLACED

Reproduction. “Replicate yourself.” These are some of the most common metaphors for disciple-making.

And, as often as I’ve used them, I’m starting to think that they are mostly unhelpful.

END_OF_DOCUMENT_TOKEN_TO_BE_REPLACED

Many churches do a little something special on Easter. They crank up the choir or play an inspirational video or perform a dramatic reading.

Sometimes it’s an entire theatrical production with tickets and everything.