I think it was Eugene Peterson that ruined it for me.

I had a good thing going. I was a young pastor learning how to do this ministry stuff. Because I had recently graduated from college, I suddenly had the dizzying freedom of choosing what I would read next. The literary world was my oyster.

But eventually some of this insight and wisdom was suggesting that I read a bit more widely. Again, I think it was Eugene Peterson that ruined it for me.

He talks about it a lot, but this sentence in his book Subversive Spirituality struck me:

Novels? Why would I read novels? I thought. But I went on to read about how Peterson’s ministry benefited from this practice. (Not reading any old novel, by the way. A certain kind, written by authors who knew how to see people.)

I took Peterson up on his dare, and began reading novels, and it was like a gateway drug into all kinds of new literary adventures. I started reading history, and then got interested in quantum physics and read about that. I even started reading poetry.

I didn’t really notice it happening. It kind of snuck up on me, but my approach to ministry began shifting definitively.

People became interesting to me, rather than just practical or problematic. People became more than just “giving units” or “volunteers.” I felt compassion and empathy instead of just frustration when people didn’t do what I wanted, or satisfaction when they did.

I saw myself differently, too. Novels especially take you into the depths of human experience, and as I absorbed it, I was better able to name and process my own experiences. Reading history and fiction brought a new clarity to some of my own wounds and hurts, and offered a launching-off point for further healing.

In other words, I gained a lot of indirect wisdom by reading outside the realm of my competency in ministry. 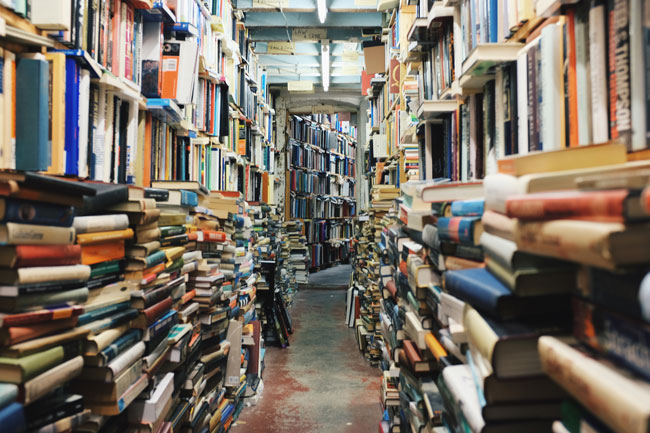 So now I try to read in several different areas simultaneously. Why simultaneously instead of serially? Maybe because I get bored easily, but also because I think it helps me think laterally and make better intuitive leaps.

I named this post “7 Kinds of Books Every Pastor Should Read” because it seemed like a good headline, but I don’t actually want to be that prescriptive about it. But as I thought about the kinds of books I’m reading, they seem to boil down into these 7 categories. I’ve also put a couple examples of each category.

Probably a no-brainer, but I’ve never understood why some pastors stop reading theology after they graduate from seminary. There is some fantastic theology being done right now, folks. Read up!

A couple examples. I’m currently reading The Mission of God, by Christopher Wright. Instead of a biblical basis for mission, he talks about a missional basis for the Bible. I love turns of phrase like that!

Another one that I read many years ago is N.T. Wright’s Jesus and the Victory of God. Blew my mind. I had never looked at the Gospels through a 1st-century Jewish lens.

Read good fiction and poetry. Classic novels as well as modern-day authors. I also have a weak spot for children’s literature (adored the Harry Potter series and The Hunger Games).

It took me a year to get through it, but reading The Brothers Karamazov changed my life. It takes awhile to get used to all the characters and their many names, but it’s fiction on a grand scale.

I just recently finished a The Passage, by Justin Cronin. It’s an end-of-the-world apocalyptic novel about a “vampire” virus that infects humanity, so it might not be everyone’s cup of tea. But it’s beautifully written and very much qualifies as fiction that puts you in touch with the human experience.

Also check out The Road and others by Cormac McCarthy. I don’t read much poetry, but Garrison Keillor has collected some good stuff.

This category is a little different from theology (although their is some overlap), in that I place memoirs and “current issues” kinds of books here.

Three recent examples that I appreciated in this category are The Bible Tells Me So, by Pete Enns (great tagline: , by the way: “Why Defending Scripture Has Made Us Unable to Read It”), Farewell to Mars, by Brian Zahnd, and The Relational Pastor, by Andrew Root (which could also qualify as theology and cultural studies).

Because perspective! And it’s just really interesting to read about what happened and why it matters.

Two recent examples: The Ascent of Money, by Niall Ferguson (“A Financial History of the World”), and The Lost History of Christianity, by Philip Jenkins.

One favorite that I read a long time ago about the Lewis and Clark expedition: Undaunted Courage, by Stephen Ambrose.

It is really fascinating to read about what scientists are discovering lately. Pick something you’re interested in. For me, it’s brain science and quantum theory.

Recent books include The Happiness Hypothesis, by Jonathan Haidt and Mindsight, by Daniel Siegel. An old favorite is The Fabric of the Cosmos, by Brian Greene. I only understood approximately 46% of what he was talking about, but it was amazing.

I don’t believe that the church is a business, but I’ve gleaned tons of helpful stuff from reading business books. And a lot of the newer writing on business is actually helping businesses turn toward more human ways of doing business.

Greg Keown’s Essentialism was a good kick in the pants that helped me simply my life a bit, and by extension, simplify my business and ministry.

Jason Fried and David Hansson’s book Rework is a great example of out-of-the-box thinking when it comes to business. I learned a lot about how to “do my work” by reading this book. Very empowering.

Finally, because you are practicing ministry in a culture, it benefits you to no end to deepen your understanding of the culture you live in.

A few years ago, for example, I read Nation of Rebels: Why Counter Culture Became Consumer Culture. I was blown away by how pernicious consumer culture was; it increased my awareness of how my life was still held captive to it.

I also found Michael Pollan’s The Omnivore’s Dilemma to be really helpful in understanding how we got the food culture we have, and why what we eat and where it comes from matters.

Your turn: Which of these 7 types of books do you find yourself drawn to? Which doesn’t seem interesting at all? Why do you think that is?

Disclosure of Material Connection: Some of the links in the post above are “affiliate links.” This means if you click on the link and purchase the item, I will receive an affiliate commission. I only recommend products or services I use personally and believe will add value to my readers. I am disclosing this in accordance with the Federal Trade Commission’s 16 CFR, Part 255: “Guides Concerning the Use of Endorsements and Testimonials in Advertising.”