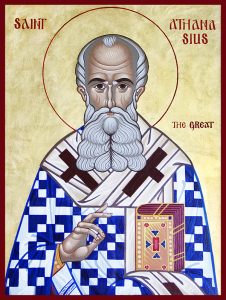 I’m reading through Athanasius’ On the Incarnation right now for a church fathers discussion group I’m part of, and (this may not surprise anyone) it’s just fantastic. A few observations from just the first few pages:

God’s love and goodness are at the core of the incarnation.

“[The world’s] re-creation was accomplished by the Word who created it in the beginning… by the love for humankind and the goodness of the Father… he appeared to us in a human body.” There is no equivocation here: the Word created the world out of love, and the Word becomes flesh for our salvation out of love.

Athanasius works “backward” from Christ, rather than “forward” from supposed “universal principles.”

The creator of the world is “the Father of Christ,” which brings a specificity to God’s identity by inextricably identifying him with the Incarnate One.

It isn’t that we know something about Christ because he “comes from God,” it’s that we only know God because we’ve seen Christ. This is a distinctly Christian way of doing theology that we need to reclaim.

Death is a natural consequence, not a punishment.

The Fall is about humans succumbing to the “natural” consequences of corruption and death, it’s not an explicit “punishment” that God doles out to law-breakers.

We were created to “share in the power of the Word,” but our sin cuts us off from this sharing, and thus humans must “endure the corruption of death according to nature.” Death is not a divine punishment for immoral behavior, it’s the natural consequence of disconnecting from divine life.

The assumed end of those who want no part of sharing in the power of the Word is “non-being,” not eternal punishment.

Get ready for a longer quote here:

For if, having a nature that did not once exist, they were called into existence by the Word’s advent and love for human beings, it followed that when human beings were bereft of the knowledge of God and had turned to things which exist not–evil is non-being, the good is being, since it has come into being from the existing God–then they were bereft also of eternal being.

Since we only live and move and have our being “in him,” it follows that those who extricate themselves from divine life will eventually succumb to non-being. 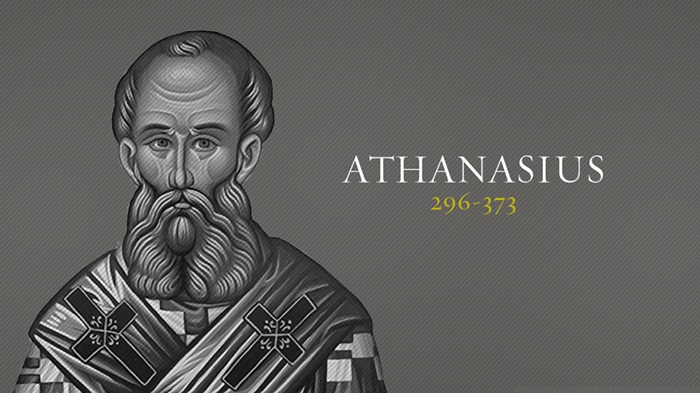 And that’s only the first few pages! Looking forward to continuing to dive into this ancient classic.